We are back to the f r e e z i n g weather. There have been many times in the week where I have had to dust off my large, puffy, Michelin man, Kathmandu jacket and I couldn’t care less. I have gone into survival mode whereby any thought of appearance has vanished and the layers have increased. I can’t believe that I have survived the winter last year.

Anyway, the week has been a bit of a rollercoaster but it has ended with some great miracles in Chester !

Firstly, I met a couple by the names of Steven and Beth at a street display in Wrexham two weeks ago. I invited them to church and they agreed. Unfortunately, they never ended up attending despite our numerous text messages. Anyway, the phone that Sister Wilkinson and I need to use is faulty, to say the least, but we had received a voicemail from them during the week apologising for their absence on the past two Sundays. They continued to express how they were really interested in coming to church next week.

Secondly, Sister Wilkinson and I went tracting in Hawarden last night. President Ulrich would always talk about the hours of 6pm-9pm as the ‘golden hours’ and I have a sure testimony of that. I felt prompted to tract a certain area and it didn’t feel like a prompting at all once we acted. All the people we met had spoken the Elders recently and were not interested. However, then there were two young lads in the street who we approached. One of them couldn’t be less interested, however, one decided to run back to his car to show us the Bible that his friend had recently given to him. Therefore, we decided to give him the Book of Mormon to add to his reading. Anyway, he seems so interested ! He went on the website within hours, learned more about missionaries, located his local chapel and texted us. He said:
‘Hey there, it’s Louis. Was lovely meeting you both. Do you live local or do you travel the UK teaching Christ ? I found the closest church to me, St Davids Park, is that right ?
‘Sorry for all the questions, I’m just really intrigued on what your role is over here but I’ve done some research so I know a bit more about sister missionaries. You’re both roughly over here for 18 months if I’m right… I hate making long distance friends, I’m an emotional person at hear and very chatty as you can see haha. I typed in Utah in google as well. It’s a beautiful place, Salt Lake, etc. and the Mormon church there is just breath-taking. You’re very lucky to have been brought up there, I’ve been to a few places in the States. Love the place, got a lot more places to tick off my list yet, also heading to Australia to see my sister soon. Tell me to shut up if you want. I’m just a chatter box and I’ve only known you 5 minutes haha !’
As you can imagine, I was in hysterics as you truly never know who is open and interested to the message of the Restoration.

Additionally, we are hoping to have all our investigators at church this Sunday, so here is hoping that Brendan, Liberty, Juliet, Steven, Beth, Louis and Maia all attend church this week ! Prayers, please.

Moreover, the week can be summarised in one word ~ Monopoly.
Last Pday, the two sets of Elders and us decided to have a ‘friendly’ game of Monopoly.
Elder Jensen was absolutely hysterical as he literally compared Monopoly to life. I can’t remember what line he said, but it was something upon the lines of ‘When in life is the bank going to forget that you need to pay ?’, which was in regards to the unanimous rule of not having to pay if you land on a property and the owner fails to acknowledge it. Furthermore, it was really nice as we had a rule to not use technology during the game. #safeguards
We began at 11:30am and the game didn’t finish until 3:30pm. At first, it was fun and I seemed to be doing quite well. In fact, I was in a powerful position; I received Mayfair and had many other properties in which others wanted to trade. The game quickly turned and I realised that this wasn’t regular Monopoly. The Elders were savage. Sister Wilkinson became bankrupt quite early on, and then guns were fired. Elder LeSeur and Elder Ogbeide teamed up, Elder Jensen and Elder Stiff teamed up, and I was still an individual. SINCE WHEN IS MONOPOLY A TEAM SPORT ?!
It got heated as business contracts were breached, propositions were made, deals declined, houses and hotels were built or under construction and deceit was the underlying motive.
Low and behold, I stopped caring and let the Elders continue in their arrogance.
Truth is, if Monopoly is a reality, Elder Jensen will be just fine as he won the game, although I did forfeit my properties to him so I’ll make a great wife.
Despite my humour and sarcasm, I genuinely have thought about how it can relate to the gospel.
Firstly, the game is very strategic and it comes down to priorities.
Elder L. Tom Perry said:

Is the order of things right in our own lives ? Are we investing, first and foremost, in the things that are eternal in nature? Do we have an eternal perspective ? Or have we fallen into the trap of investing in the things of this world first and then forgetting the Lord ?

Furthermore, I was let down many times by my opponents, but I know that no matter what happens, I will never be let down by my Saviour, Jesus Christ. If you have ever seen a Christus Statue, Christ has his arms opened, ready to embrace us no matter the circumstance. He is our exemplar and our ultimate source of strength, endurance, and love.
Elder L. Tom Perry continues:

But He is telling us that we should seek prosperity only after we have sought and found Him. Then, because our hearts are right, because we love Him first and foremost, we will choose to invest the riches we obtain in building His kingdom.

Three words, Love Him First. I can absolutely add my testimony and promise that when we put Christ first, everything else will fall into place.

Luke 12:31 31 But rather seek ye the kingdom of God; and all these things shall be added unto you.

Although I did own Mayfair, the property that may be deemed as the most worth at £400, the most important place that we could have our focus on is the temple.

I know your lives are busy. I know that you have much to do. But I make you a promise that if you will go to the house of the Lord, you will be blessed; life will be better for you. – President Gordon B. Hinckley 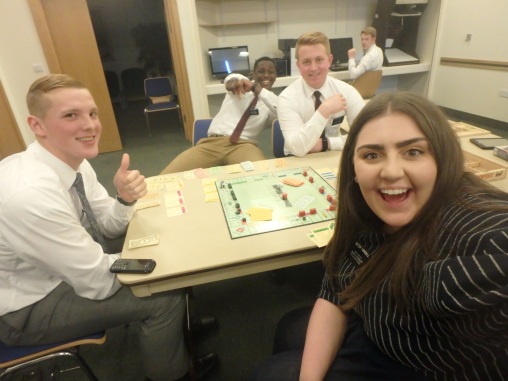 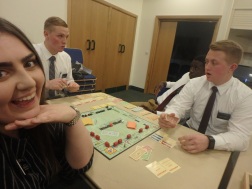 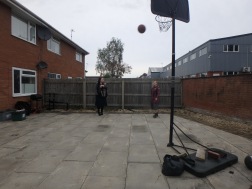